Fancy meeting BBC Head of Drama Ben Stephenson in a closed shop session for TV drama writers? That's one of the perks if you join Going Again: Creating and Developing Returnable Drama Series, a fistful of workshops run by the London Film School over the next three months. [I'd apply, but will be away for several of the events - worse luck!] 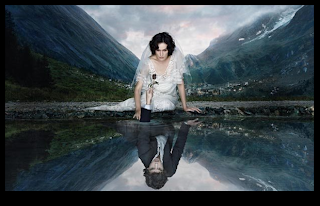 Chairing the workshops is affable, experienced TV writer Philip Palmer, whom I first met on a team-writing programme run in Brighton a few years back. Get selected for Going Again and you'll also participate in masterclasses with three eminent TV dramatists - Lucy Gannon, Stephen Gallagher and Ashley Pharoah. [Sigh, am going green with envy.]

The programme isn't cheap, so it might suit those within striking distance of London. This is definitely not for absolute beginners - you need to demonstrate some track record as a writer, ideally within TV drama. For more details, go here.
Posted by DAVID BISHOP at 3:31 pm