Waiting is the hardest part [amongst others things] 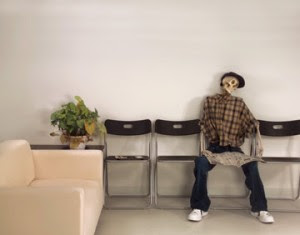 Been waiting on the outcome of a writing project and it's driving me a wee bit crazy. Was supposed to hear last week, but got an email late Friday afternoon to say the outcome will now be this week instead. Argh. [Still, at least it wasn't a Friday f**k you special.]

Of course, a watched inbox never pings, so I'd be better of getting on with something else in the meantime. Teaching part-time can be helpful for this, it forces you to focus on the students instead of obsessing on an outcome of which you've no control.

I've done my best to distract myself with other work, other writing projects. But whenever my mind wanders, it gets awfully tempting to just check my emails to see if there's news. Sigh. Suspect I won't get much done until news - good or ill - arrives. Onwards!
Posted by DAVID BISHOP at 9:07 am