Fire up the kindle: eight of my novels go digital 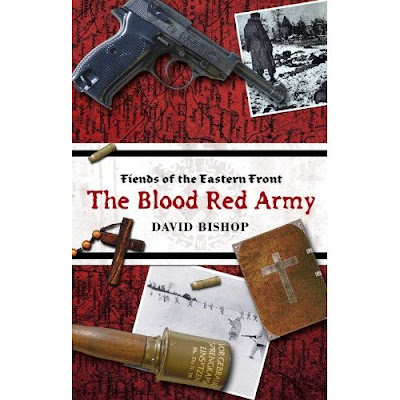 A few years back I wrote a bunch of books based on characters and concepts from iconic British comic 2000AD. [They were published by Games Workshop's Black Flame imprint, under license.] There were two Judge Dredd novels, three featuring Russian rogue Nikolai Dante, and a trilogy about vampires stalking the battlefields of WWII that was inspired by quirky serial Fiends of the Eastern Front. 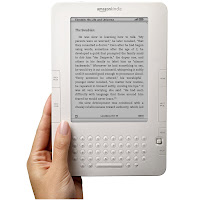 Black Flame shut down in 2006, and the book rights slowly reverted to Rebellion, the company that owns 2000AD. Now all eight of those novels have been re-issued in digital format for the Kindle e-reader. [Sold by Amazon.com, the Kindle has been a massive factor in popularising digital books across the Atlantic. How long before Apple leaps into the fray with a dedicated i-Reader tablet?]

Alas, I don't get any royalties on Kindle sales of these books, having signed away my rights for a flat fee. [It was work, I needed the money and they weren't my characters.] So there's no financial gain for me in pimping the Kindle editions, but I'm glad to see them back in circulation. No writer enjoys seeing their work vanish, you want to stay in print. Whether that's via ink or pixels doesn't matter.

The two Dredd novels I'm not so fussed about. The first, Bad Moon Rising, was required to prove myself to Black Flame, while the second [Kingdom of the Blind] is far from my best work. The Dante novels are among my favourites of all the books I've written, pure romps that sold terribly at the time. Perhaps they can find a more appreciative audience on the Kindle? Anything's possible, I guess.

My Fiends of the Eastern Front trilogy was a big success for Black Flame, among the best selling of the 2000AD range. Vampires + Nazis = equals sales, especially in the US. A Black Flame assistant editor inadvertently told me American sales were fives times those in the UK, despite the books focusing on the Eastern Front conflict between Axis and Communist forces [no Americans involved].

The first book in the trilogy, Operation Vampyr, is good but I felt weighed down by all the research I'd done to achieve the military verisimilitude. For me the trilogy came alive with the second volume, The Blood Red Army. This moved from the perspective of German soldiers to the Russian fighters' point of view. It also switched to first person narrative, a breakthrough moment in the series.

The final novel in the trilogy, Twilight of the Dead, brought together everyone who'd survived up to that point for a last, apocalyptic battle in the dying days of WWII. For the trilogy I wrote close to quarter of a million words, extending the Fiends concept far beyond the original strip, a rather slight and lurid 44-page thrill-ride. Felt like I'd made it my own, in some ways.

The trilogy was such a success, Black Flame commissioned me to start a new set of novels translating the WWII vampires concept to the Pacific front. US fighters battle Japanese vampires, the so-called yellow peril take on a deadly new meaning. I wrote the first book, Fiends of the Rising Sun, and it was published in 2006. Plans were afoot for further volumes, an epic in the works.

But Games Workshop chose to shut down Black Flame and I never got the chance to finish what I'd started. Fiends of the Rising Sun is the only one of my 2000AD Black Flame novels that hasn't been re-issued via the Kindle - yet. There's been vague talk of continuing the Pacific front series, if e-books proved a success for Rebellion's publishing imprint, Abaddon. Time will tell, as ever.
Posted by DAVID BISHOP at 7:35 am