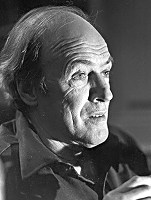 When I interviewed Roald Dahl in 1989, the celebrated author wasn’t afraid to speak his mind. [See this post for how I came to interview the legendary writer.] ‘I read an awful lot but I’m getting more and more disenchanted with modern novelists,' Dahl told me. 'Their books don’t seem to have any plots to speak of and are simply hard to read.’

Dahl made a point of reading every novel short-listed for the Brooker Prize, and any titles that got very good reviews in the Sunday Times or Observer – but he wasn’t enjoying most of them. ‘I now prefer reading novels by the very good writers of crime fiction like the Americans Ed McBain, Elmore Leonard or Robert B. Parker.’ Dahl also rated P. D. James. ‘These people are good writers. Just because they’re writing detective fiction doesn’t make them bad. They’re much better than some of these so-called prestigious novelists.’

Dahl became a writer after a crash in 1942 saw him invalided out of active service as a pilot with the RAF. ‘I only flew to fight against Hitler, I’ve never flown a plane since then. At the time it was a real passion, very exciting and wonderful, nearly getting killed and all that.’ The author of the Hornblower novels, C. S. Forester, asked Dahl for some notes about his crash as research material for a possible story. Forester was so impressed with the notes he submitted them unaltered to the Saturday Evening Post in America.

Dahl received a thousand dollars for his story, launching his career as a writer. He spent most of the next twenty years concentrating on the short story market for magazines. He believed the decline of that market led to a decline in the medium among modern writers. ‘I don’t think writers now can find a plot, so they write what we call mood pieces. You know, people come into a room, have a talk and go out again. There’s a little undercurrent of something going on, but it doesn’t grip you.’

In the mid-1960s Dahl was approached to adapt one of Ian Fleming’s James Bond novels for the silver screen. He was an admirer of the 007 books and knew Fleming well. ‘I was minding my own business at home in England writing stories when I got a call from Cubby Broccoli. By this time I had been writing a fair while and had a reputation for being somebody who could invent things. The Bond people had this problem. After several successful movies they found themselves with an Ian Fleming book which had no plot – it was You Only Live Twice.

‘The book really had no plot at all so I agreed to do the screenplay. It was good fun. We went to Japan and flew everywhere in helicopters. The Bond people were very rich by then so no expense was spared. I enjoyed it, had fun, and it was a moderately good film.’ Dahl particularly admired the attitude of director Lewis Gilbert. ‘He didn’t interfere with any of the screenplay and that was an absolute revelation for me.’ 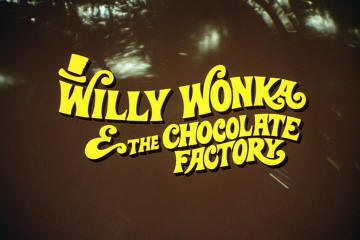 The author had an unhappier time when his children’s classic Charlie and the Chocolate Factory became a film in 1971. Dahl wrote the screenplay but wasn't happy with changes made by director Mel Stuart. ‘I wanted this rather nice book well done and so I stuck to the plot. I mean, dash it all, if a book’s been thoroughly successful for more than a decade, why change it? That film’s never made money. You can hear that these things are making me very angry, can’t you? On the whole, film directors are the absolute bottoms.’

He was equally scathing about a movement to rewrite or ban the work of dead authors because of alleged racism or sexism in their books, such as Enid Blyton. ‘I think it’s rubbish. You wouldn’t dare rewrite a person’s work when they’re still alive, so you shouldn’t jolly well do it when they are dead. I don’t think Enid Blyton is either racist or sexist. Hers are very high quality books, obviously. But if children love them that’s enough for me. A bunch of intellectual snobs and the literary establishment say she’s low grade, but let them try and get as many readers as she does with children.

‘The secret is to get children reading. As long as it’s not sex-laden or seditious or violent it doesn’t matter what they read.’ Dahl believed his passion in writing for children was his true purpose. ‘ I want them to be able to absorb books, not be frightened of them. If you can teach them that at ages eight, nine, ten or eleven, they have a great start. The contents of my books are not going to teach them anything at all, except to grip them by the throat and make them love to read. To me that’s very important. A non-book reader in this life is either going to finish up as a lavatory attendant, or a bricklayer, or worse.’

That’s the best bits from my time with Roald Dahl. Over the phone he was disarmingly honest and forthright, always good qualities in an interview subject. I wish I’d had the chance to meet him in person, but he died the next year. I’m grateful I had the chance to talk with him and I still treasure his books. Rest in peace, Big Friendly Giant.
Posted by DAVID BISHOP at 6:16 am

Lovely post Dave. I wonder what he'd have thought of the latest 'Charlie'?

You got him on a non-"prickly" day.

Always a worry with some of these guys. First interview I did was a face to face with Harlan Ellison. And he hadn't had a great day.

Anonymous said...
This comment has been removed by a blog administrator.
12:13 pm

Dear Mr. Bishop,
I am trying to cite part of your interview in a piece I am writing for my Masters in Literacy here at Hunter College in New York. However, I can't seem to find any referencing information for the interview (ie the date it was published) anywhere online. Please help.

Unknown said...
This comment has been removed by the author.
4:21 am

Unknown said...
This comment has been removed by the author.
4:25 am