An Inspector calls: Morse returning to TV in 2012

It's official: Oxford's most beloved fictional detective is returning to TV next year in a brand new drama. Endeavour will be set in 1965, near the start of Morse's long career as a policeman. The one-off special is being filmed this summer for broadcast early in 2012, to celebrate Morse's 25th anniversary on screen. 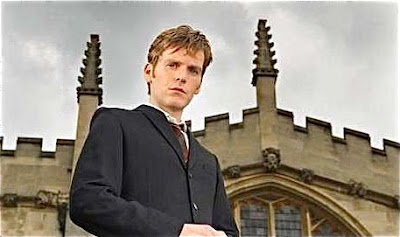 Russell Lewis has written this prequel to the BAFTA-winning crime series, which was based on Colin Dexter's novels. Shaun Evans [pictured above] has been cast in the lead role, given the job of emulating the late, great John Thaw. But instead of a legendary chief inspector, Endeavour will see him as a lowly detective constable. 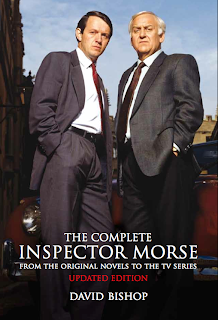 Many of the team behind the Morse series are involved with the prequel. Indeed, Russell Lewis wrote for Morse and scripted the Lewis spin-off's pilot episode. Only time will tell whether they can re-create some of that Morse magic, this time in a period setting. Should certainly make for interesting viewing.

For me, it means some hasty last-minute revisions to a new edition of The Complete Inspector Morse, published this autumn by Titan Books [see cover at right]. I thought this fifth incarnation might be the final, definitive version. I even included a section on last year's stage incarnation of Morse, starring former Doctor Who Colin Baker as the most irascible of inspectors. But ITV have other plans. I guess it means there could well be a sixth edition of The Complete Inspector Morse at some point in the future. Onwards!
Posted by DAVID BISHOP at 5:21 pm